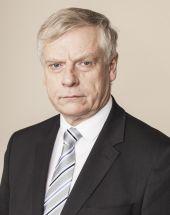 Aleksander Bobko was born on 23 March 1960 in Przemyśl. He is a philosopher specializing in classical German philosophy and contemporary moral, political and social issues. He is an expert on the philosophy of Immanuel Kant and a translator of his works. He is also an author of numerous publications in Polish, German and English.

He was a city councillor, member of the Management Board of the City of Rzeszow and member of the Team for Axiological Foundations of the Polish Constitution by the Polish Ombudsman. In 2015, he was elected to the ninth term Senate as an independent senator.

Aleksander Bobko lives in Rzeszów with his wife. He has two children and three grandchildren. In his spare time he enjoys doing sports (football, swimming, skiing and sports bridge). He is an amateur piano and guitar player.