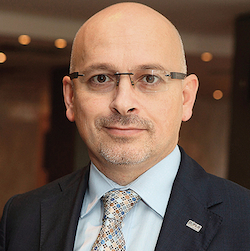 Dr Jovan Kurbalija is the founding director of DiploFoundation and Head of the Geneva Internet Platform. He is a former diplomat with a professional and academic background in international law, diplomacy, and information technology. In 1992, he established the Unit for IT and Diplomacy at the Mediterranean Academy of Diplomatic Studies in Malta. In 2002, after more than ten years of successful work in training, research, and publishing, the Unit evolved into DiploFoundation.

Dr Kurbalija directs online learning courses on ICT and diplomacy and lectures in academic and training institutions in Switzerland, the United States, Austria, the United Kingdom, the Netherlands, and Malta. His main areas of research are diplomacy and the development of an international Internet regime, the use of hypertext in diplomacy, online negotiations and diplomatic law. He is the author of An Introduction to Internet Governance, which has been translated into eight languages and is now in its 7th edition.